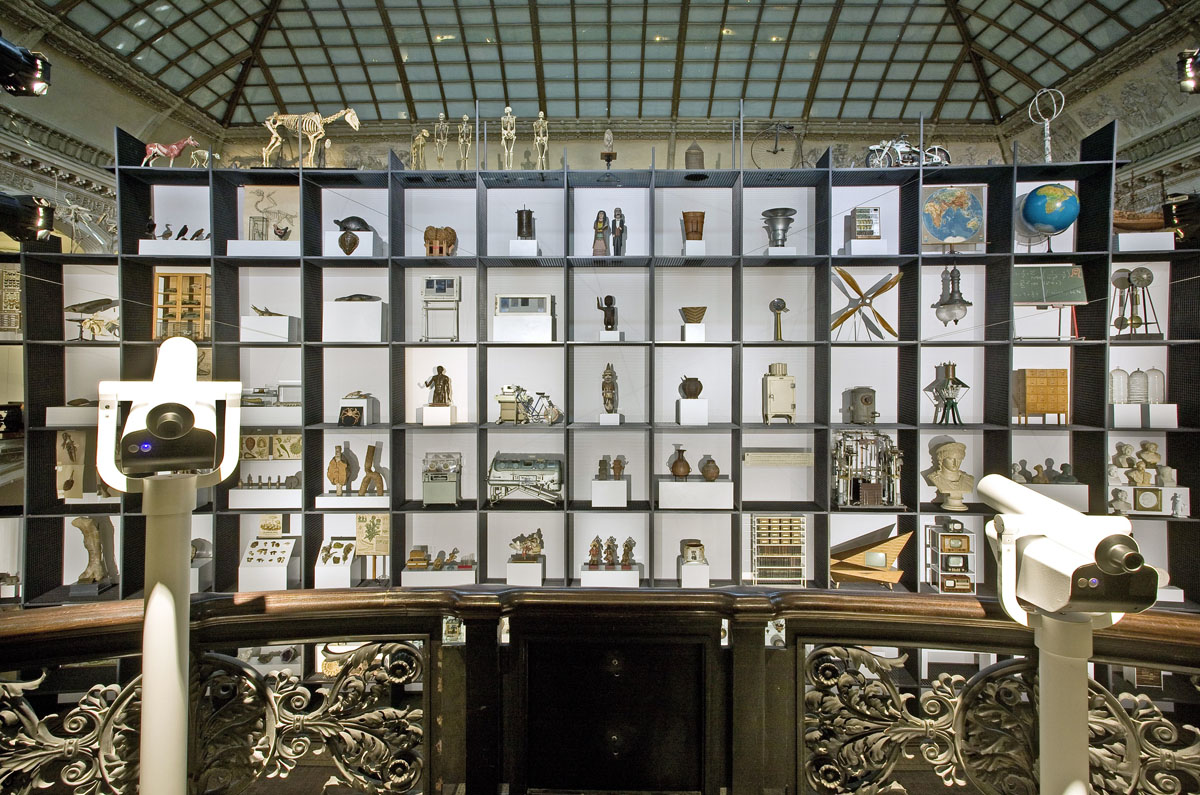 Contemporary art is often associated with «the new» and notions such as avant-garde. This was certainly the case in the time of Modernism, when the contrast between innovative art and traditional society was dramatic. These days however, consumer society has taken over the cult of «the new» and this vision no longer has the same drive for art. In Postmodern timeseverything can be considered relevant, and the focus on the contemporary is replaced by discussions on how society and people relate.

In his essay «Artist as historian» art historian Mark Godfrey writes that while historical representation was the serious artist's primary task in the 1800s, it had until only recently an entirely peripheral place in contemporary art. Since the 1960s however, attempts have been made to re-think the tradition of historical painting; On Kawara's series Today (1966 - ) and Gerhard Richter's October 18, 1977 (1988). Since the beginning of the 1980s therefore, historical research and representation has increased in significance for artist practice. A few examples are Thomas Hirschhorn, Sam Durant, Tacita Dean and Laura Horelli.

The word historyderives from the Greek historía (στορία) which means enquiryor knowledge gained from investigation. Interestingly enough, in the majority of Germanic and Roman languages the word historyalso means story. According to Aristotle the historian's job is to record history according to what actually happened, while the artist's job is to accumulate knowledge by telling stories about what might have happened. Such a division oflabour is open to discussion and also debatable as a distinct model. Historians today, on the one hand,don't consider history as one story but as an abundance of stories. In addition to source criticism, imagination and insight play important roles in the construction of historical information. Many artists, on the other hand, regard investigating what's considered as factual history central for their artistic practice.

Many artists use archives and history as both source and material for their projects. They research official history, alternative stories and scattered historical remnants. What is art's role here? Does it have value in the processing of future-shock and nostalgia? Is it wise strategy for art to follow in Renaissance footsteps and attempt to create visions for the future by looking into the past? Can art's digging into the past be an effective way of setting the agenda for important human issues?

This fifth issue of Kunstjournalen B-post examines how artist's research of history and archives can upgrade and enhance social issues. In our approach we've combined presentations of artists, interviews, theoretical texts and art projects.